In all the years I have been playing Dwarfs, this is one hero that I have never actually had a painted model for, or even used.  I honestly don't know why I haven't.

I have had this model since he came out, back in 7th Ed I think.  I am now going through my boxes, and decided I need at least one Master Engineer, as they seem to have some good use.

The next rank of five old metal Ironbreakers have been completed.

These guys have been done for a while, just ran out of superglue to finish the bases.  Got them fully sorted over the weekend. 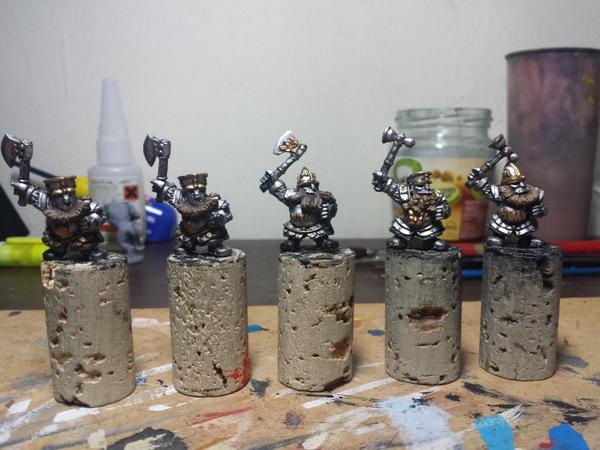 Back again!  And more beards!

A cheeky Bank Holiday off, decided to get those five Ironbreakers sat on my desk sorted.  Start to finish, took me from 2pm to about 11pm (including breaks, food and a few distractions).  I have the blue trim to do on the bottom, which I'll do with the shields so its all together, and a few minor details on the minis.

Wow, been a while. Anyway, with the Meet getting me playing a couple of games, and enjoying the hobby some more, I figured I'd see if I was still capable of painting with a brush to any degree of success. Turns out, I have done. Posted it via twitter last night, and loads of likes and retweets. So, happy with that. But LO is home, and it needs more beards and ale!

So, here is the drunken Bugman model from Bugman's bar.

Pretty happy with how he turned out considering I have not painted since May.

These guys have taken me some time to finally get painted.  But I am quite happy with the overall result.

Hi there.  It has been a very long time since I have used this thing.  I did have plans of using a wordpress blog, but it does not get anyway near the traffic that Blogger does.  It was being used (and still will be) for more roleplaying stuff.

I have updated some stuff there, which I didn't include on here.  That being a second Grey Hunter pack and a Rune Priest were completed.  See below..


So, I found a little bit of time this weekend (between getting smashed at Talisman) to get the bases of the wolf squad finished off.  Again, these are quick photos taken on my phone camera so don't expect too much.  So, first of all.... 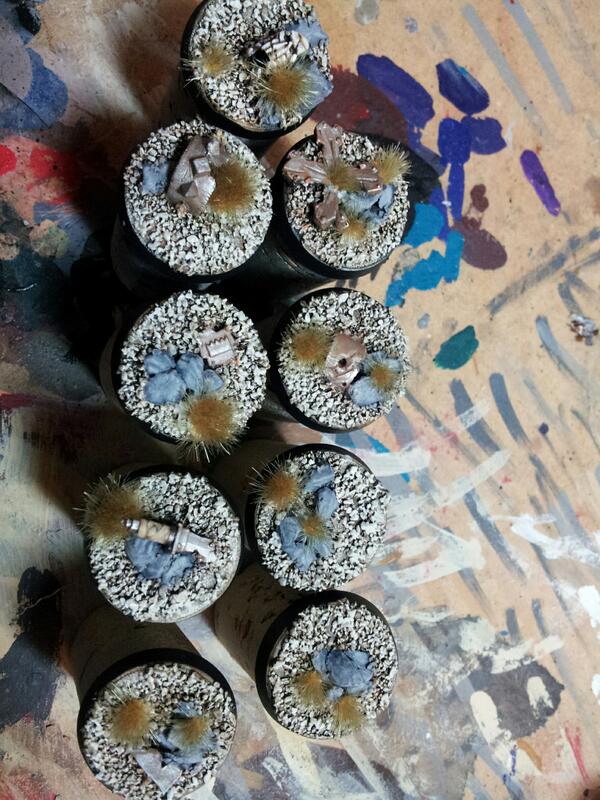 The bases.  I decided that just sand and paint would be boring, so I wanted to add a little bit more character to them.  A quick dig through my assorted ork bitz gave me some stuff to chuck on there next to stones.  The final touch, and I think it adds a lot to them, is the small pieces of static grass.  These are the GW 'Mordheim Turf'.  They are really nice, coming in a pre-made little patch of different sizes, costing £8.  This box should see me through at least another three or four squads.  Not too bad.

Then we have multiple shots of the squad.  I still haven't decided on the Great Company, but otherwise they are complete.  I tried to get a good photo, but without a proper light tent it wasn't going to happen.  Anyway, here they are: 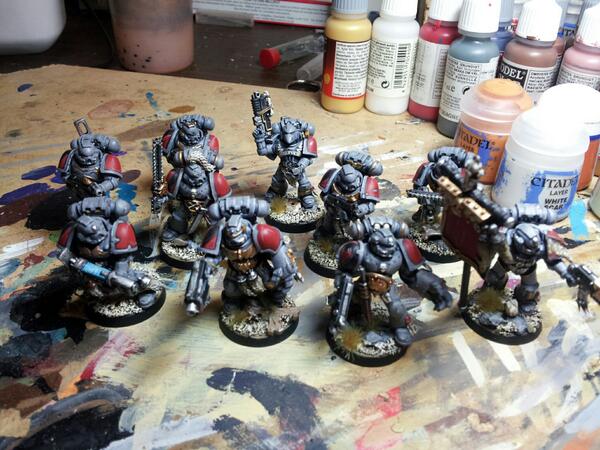 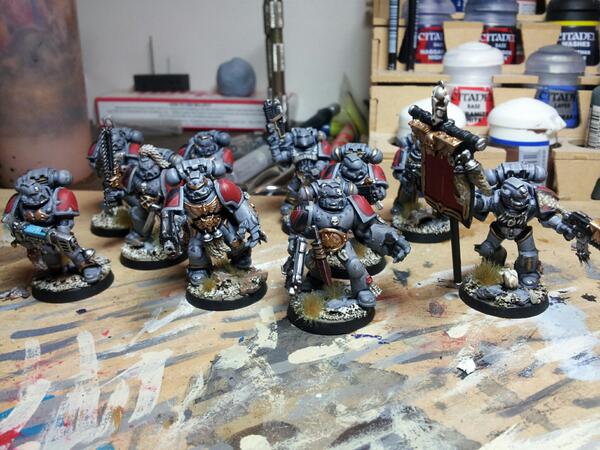 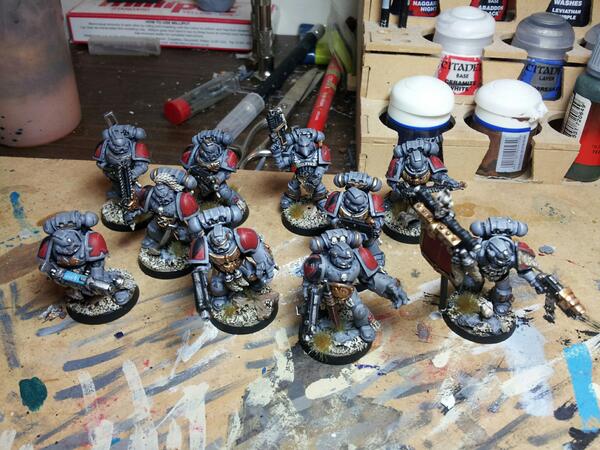 Hopefully I'll get the company mark on there soon, then it is my first squad fully completed!