More work today equals two finished Hunters, minus the bases.  Also some quick pictures, not the best I have done. 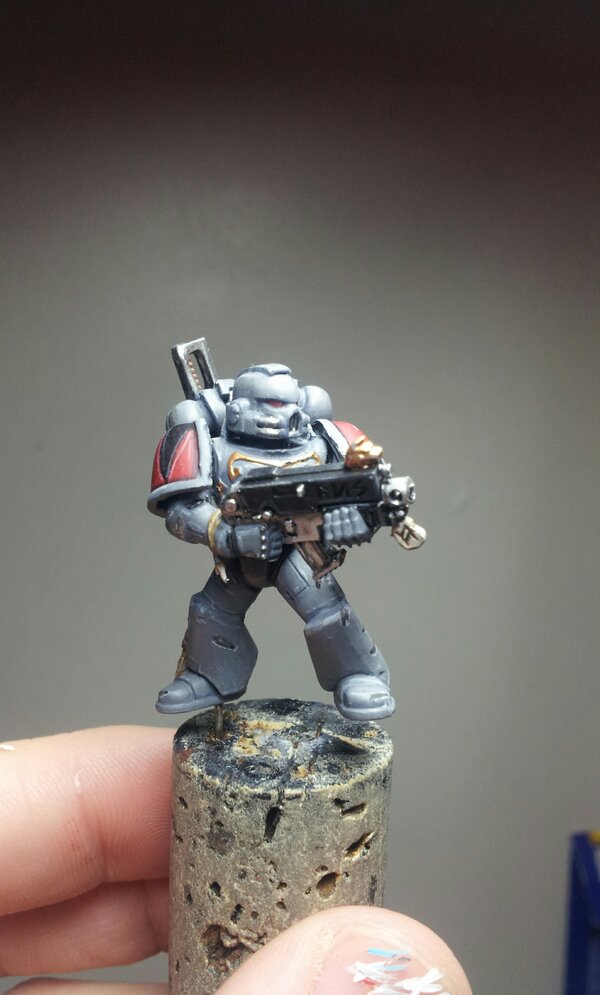 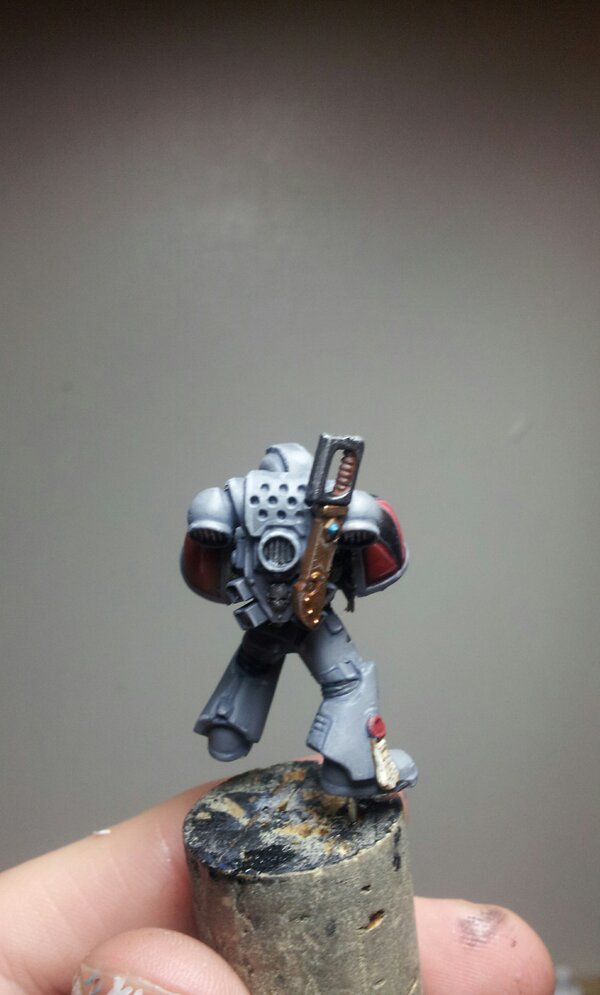 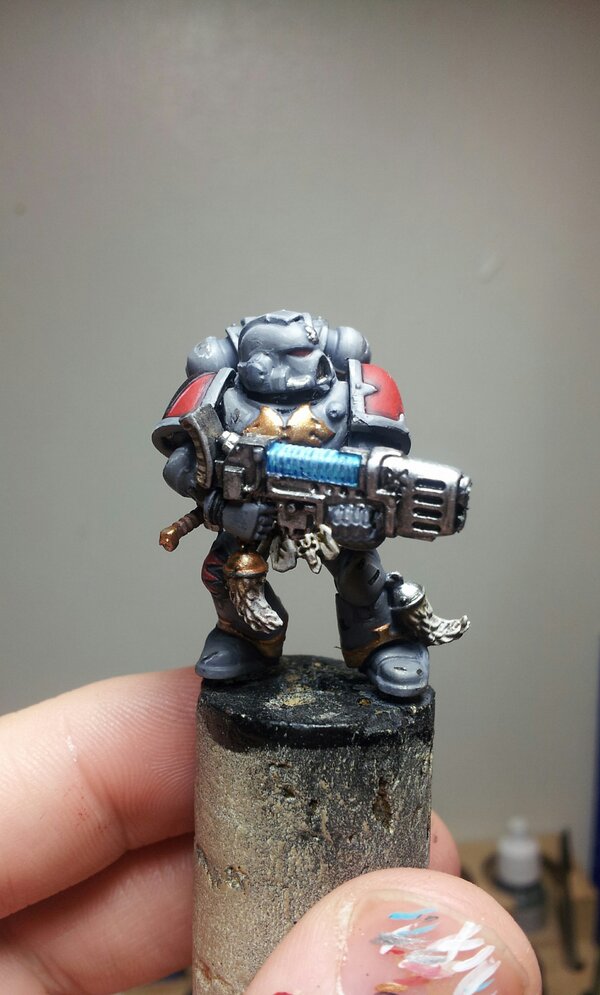 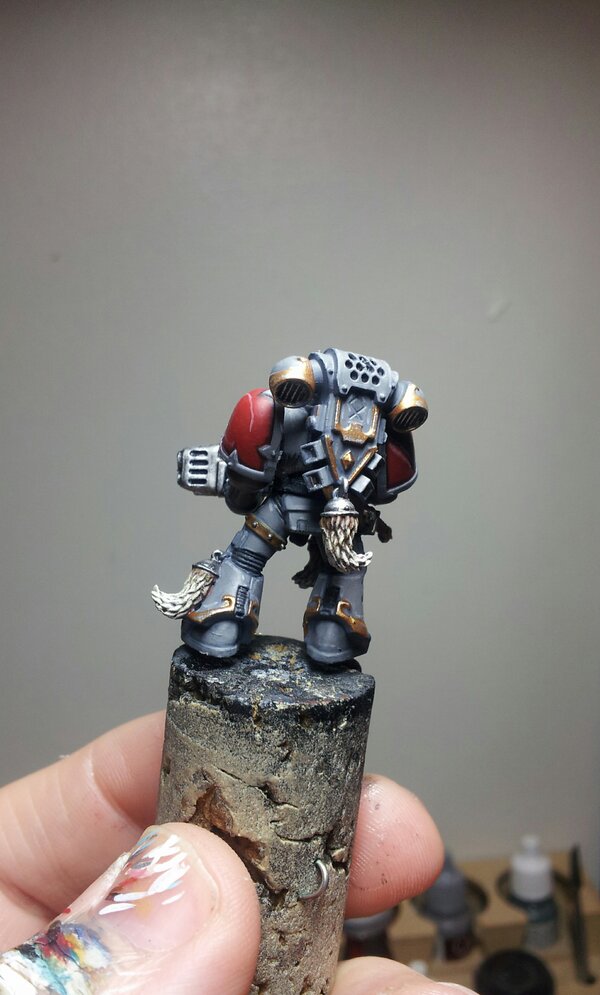 The first of the Pack

For those who read my previous post, a good month ago, will know that my lamp broke.  And now, it is fixed!  Well, actually I got a new one, an even better one.  I received it on Wednesday, and ever since been plugging away at a wolf.  A Space Wolf.

A while ago I decided that I needed another 40k army, this time something with armour.  And, being a lover of Anglo-Saxon and Viking history, I felt nothing sounded better than - VIKINGS IN SPACE.  Aka, the Space Wolves.  I have had a couple of boxes of stuff sat here since they came out, and just before the lamp went I converted (only very slightly) and prepared my first squad of Grey Hunters.